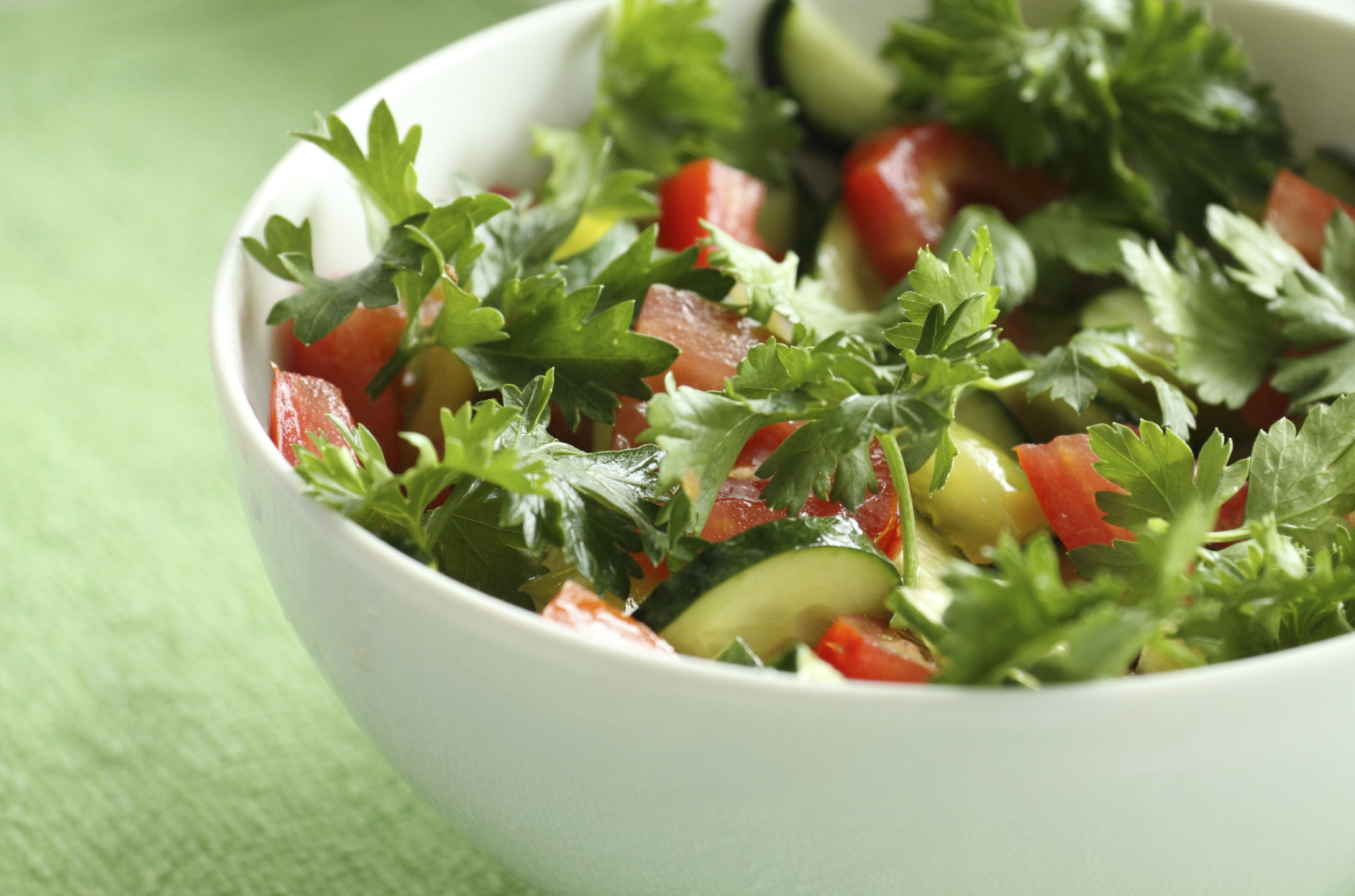 To most people, a long queue for the lunch counter is a sign of their office canteen’s inefficiency.

But to Google, counterintuitive as ever, a healthy waiting time for its famous free lunch is a corporate strategy, designed to foster innovation among employees. Dan Cobley, the search giant’s UK managing director, told a conference of business leaders at the Albert Hall in London this week that Google’s meal-time lines are intentionally kept long, “because we know people will chat while they’re waiting. Chats become ideas, and ideas become projects.”

Forward-thinking firms, Mr Cobley told his audience, ought to nurture “serendipitous interaction” between their staff. Google has a history of apparently frivolous perks and workplace practices that seem “extravagant and juvenile”. Yet, Mr Cobley, insisted, they inspire creativity. And businesses everywhere seem to agree: the modern office is more open, collaborative, flexible and even fun, and it’s thanks to the pioneering practices of Silicon Valley.

Google may be known best for its online innovations, but it is equally famous in the business sphere for its revolutionary reforms in the corporate workplace. The firm’s HR department – aka the Google People Analytics Team – uses data to decide which employees deserve promotion or require extra nurturing. It also conducts controlled experiments to optimise the creative environment.

Take those meals, for example: Google famously offers staff freshly prepared free lunches – and breakfasts, and dinners. Rookie Googlers are warned about the “Google 15”, the 15 pounds that many of them put on when presented with all that complimentary grub. Last year, the company decided its US employees were eating too many free M&Ms, thus threatening their own wellbeing and, consequently, their productivity. A team of behavioural scientists known as “Project M&M” was enlisted to help alter staff appetites, banishing the chocolate sweets to opaque containers while fruit and nuts were displayed in glass jars. In just seven weeks, the calorie consumption of the 2,000 employees at the firm’s New York office reportedly dropped by 3.1 million.

Lunch queues are far from the only opportunity for “serendipitous interaction”. The office of almost any modern tech company is littered with “break-out spaces” and “brainstorming pods”. Google’s London base has a roof garden featuring allotments that staff can apply to maintain. Back at the Googleplex – the firm’s Silicon Valley HQ in Mountain View, California – workstations are clustered in threes and fours, and the clusters divided by glass walls, allowing sunlight to permeate the building while cutting down on distracting ambient noise.

Clive Wilkinson, the architect who designed the building, was commissioned to create an open space to encourage collaboration, while allowing workers to concentrate when necessary. At Facebook, meanwhile, staff are given a budget to personalise their workspaces, and often pool the money with their close colleagues to decorate entire desk clusters. The firm has christened this practice “space hacking”.

Internet firms such as Google and Facebook were not the first to bring changes to the work environment, however. Hewlett-Packard introduced an open-plan office to drive interaction back in the 1970s. In 2000 Steve Jobs bought a former canning factory in Emeryville, California, to house his animation studio, Pixar. The office was arranged around a central atrium, where the café and a single set of loos was situated, forcing employees to engage with one another and – as in Mr Cobley’s lunch queues – to wait, to chat and to generate ideas. “We wanted to find a way to force people to come together,” Jobs said of the design. “To create a lot of arbitrary collisions of people.”

In 2007, Microsoft opened Building 99, a new office for its research division at its HQ in Redmond, Washington. Built to encourage collaboration, Building 99 has moving, modular internal walls to allow workers to reconfigure the space according to their needs on any given project.

If the idea seems innovative, it was – in the 1940s. Building 99 is partly modelled on Building 20: a temporary wooden structure hastily erected during the Second World War at the Massachusetts Institute of Technology. Its internal walls were routinely torn down and relocated to accommodate, at different times in its history, Bose Acoustics, Noam Chomsky’s linguistics department, and the workplaces of at least nine Nobel Prize-winners. The “temporary” building survived until the late 1990s.

At Stanford, the university that has incubated so many of Silicon Valley’s success stories – including Google’s founders, Larry Page and Sergey Brin – the recently built, state-of-the-art science and engineering quad was designed to encourage interdisciplinary dialogue between members of different departments – at long tables, and in quiet open spaces. Deborah Perry Piscione, a Silicon Valley entrepreneur and author of the book Secrets of Silicon Valley: What Everyone Else Can Learn from the Innovation Capital of the World, explains: “That philosophy dates back to the original architect of Stanford, Frederick Olmsted, who believed in the power of openness. Many Silicon Valley CEOs went to Stanford and adopted that collaborative mindset.”

Thanks in large part to technical innovations, especially in mobile technology, the demands placed on the workplace have changed dramatically in recent decades. As a rule, architects traditionally allocated 250 square feet of office space to each employee, who was chained to his or her desk and the weighty computers that came with them. Now, with laptops, smartphones and cloud file storage the norm, workspaces have shrunk to around 150 sq ft per person.

Another obligatory and seemingly frivolous feature of any successful tech start-up nowadays is the games room: pool tables, ping-pong, a pinball machine. And yet, say experts, this appeal to the youthful sensibilities of Silicon Valley staffers is also an aid to creativity, helping them to get in touch with their childlike imagination and instincts. Offering leisure activities on site, of course, has the dual benefit of keeping workers at work for longer. Google offers in-house massages, haircuts and laundry services. Twitter’s headquarters in downtown San Francisco has a yoga room.

As well as offering several non-work activities to its workers, Google has been celebrated for the time it supposedly allows them to devote to personal projects while on the clock. The search giant’s “20 per cent time” allocates Google staff a day each week to focus on their own creations, an innovation that yielded such core Google products such as AdSense, Google News and Gmail. (Recently, former Google employees have claimed the 20 per cent policy is now defunct, and that staff rarely have time to pursue their own ideas on top of their core responsibilities.)

But while personal time is important, a shared workspace remains key. Or at least, that’s what Marissa Mayer, CEO of Yahoo!, told her employees when she recently abolished working from home. “People are more productive when they’re alone,” Ms Mayer said, “but they’re more collaborative and innovative when they’re together.”

At eBay, a policy that you’d expect would prevent collaboration is, in fact, a tool to promote it. One day in each month, the auction firm’s IT department bans all meetings. Scott Seese, eBay’s CEO, says that on that day, “all people are allowed to do is think”. His employees are encouraged to identify issues and problems during this no-meetings day, but then return the following morning to brainstorm solutions. Everyone’s ideas are valued, voted on by staff, and the best are implemented.

That empowerment of individuals from every rung on the corporate ladder is also a notion strongly nurtured in Silicon Valley. Google’s Mr Cobley told his audience that at meetings he always tried to avoid awarding too much value to the “Hippo”, or “highest-paid person’s opinion”. As Ms Piscione puts it: “We’re so used to working within hierarchical structures that we can’t fathom how someone could have a billion-dollar idea at a very junior level. But good ideas come from all ages and all ranges of experience. Silicon Valley was the first place to understand that.”

* Abridged from an article by Tim Walker, The Independent’s Los Angeles correspondent, covering entertainment and other concerns from the West Coast of the US.