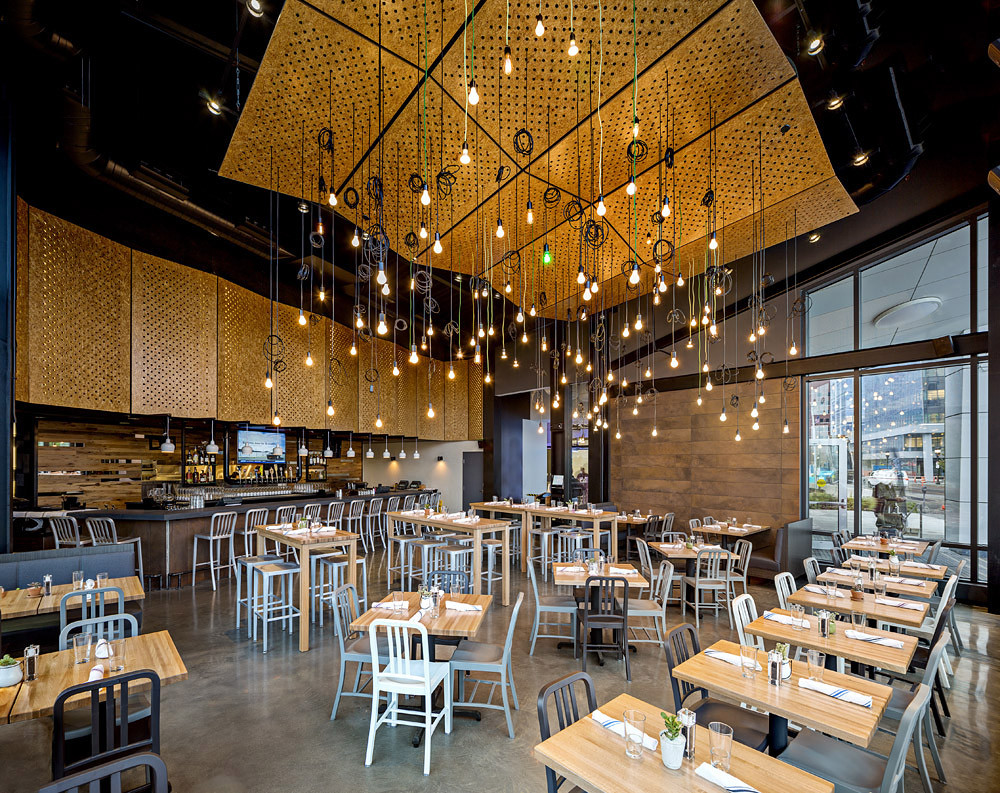 A city-sponsored center with workspaces, classrooms, community rooms, and a restaurant.