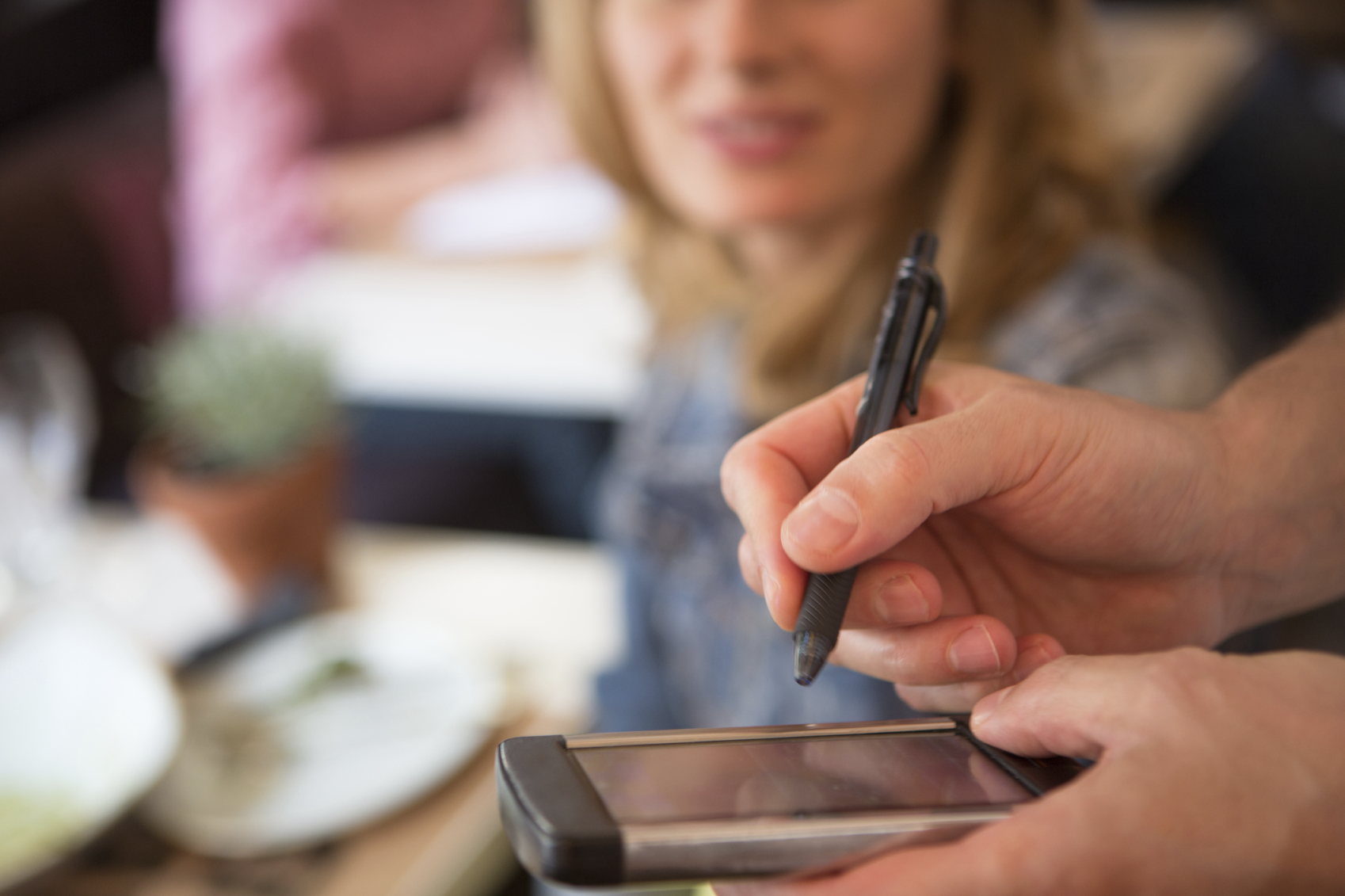 Restaurant operations will be tapping technology with greater gusto in 2015 in both the front and back of the house.

“Technology will perhaps be the largest arena to see some rapid innovation in 2015,” said B. Hudson Riehle, senior vice president of the National Restaurant Association’s research and knowledge group. “Technology is just another tool in the operator tool belt, but 2015 is poised for a much more substantial integration of the technology into the typical restaurant operation.”

The restaurant industry will see some tech items become more affordable as prices dip, such as tablets for line-busting in quick service to tabletop devices for ordering and payments.

After 2014’s data breaches at restaurant concepts as varied as Dairy Queen, Jimmy John’s and P.F. Chang’s China Bistro, 2015 may push many restaurant companies in the U.S. to finally adopt point-of-sale systems compatible with the EMV standard that is widely followed outside of the United States.

EMV, named after its developers (Europay, MasterCard and Visa), requires cards that have embedded microprocessor chips that store and protect encrypted user data and is aimed at better protecting merchants and issuers from fraud losses at the point of sale. More U.S. banks and credit card companies are issuing the chipped EMV cards to their users.

In addition, a 2015 POS Software Trend Report from Hospitality Technology showed that 56 percent of restaurants say their top business reason for upgrading their POS is enabling new payment options such as e-wallet. Adding mobile capabilities and prepping for EMV is prompting 47 percent of restaurants to look at POS upgrades, according to the report.

“Yield management” or “dynamic pricing,” which means varying prices based on factors such as time, has been common in the hotel industry for years. Now, digital menu boards and sophisticated POS systems may pave the way for more restaurants to vary prices by day part to drive traffic.

“Restaurants can do really quick tests of not only pricing but menu substitutions,” Riehle said, noting that alternating pricing could generate incremental demand in the industry, according to NRA research.

“Ten years ago,” he said, “that capacity did not exist because menu boards and tablets were not there yet. Now, it does allow the average restaurant operator to step up their game to generate additional demand.”

Technology applications will also continue to help cooking equipment to save time and labor.

For example, winners of the NRA’s Kitchen Innovations Awards at the organization’s annual show in May included combination ovens that saved energy and reduced cook times by as much as 20 percent, ice machines that sanitized themselves with ultraviolet light oxidation, and dishwasher technology that reduced water use and sped drying times.

While the restaurant industry expects to see modest growth in 2015 and increasingly intense competition, operations will become more streamlined. The challenge for operators, Riehle advised, “is to remain high-touch in a high-tech environment.