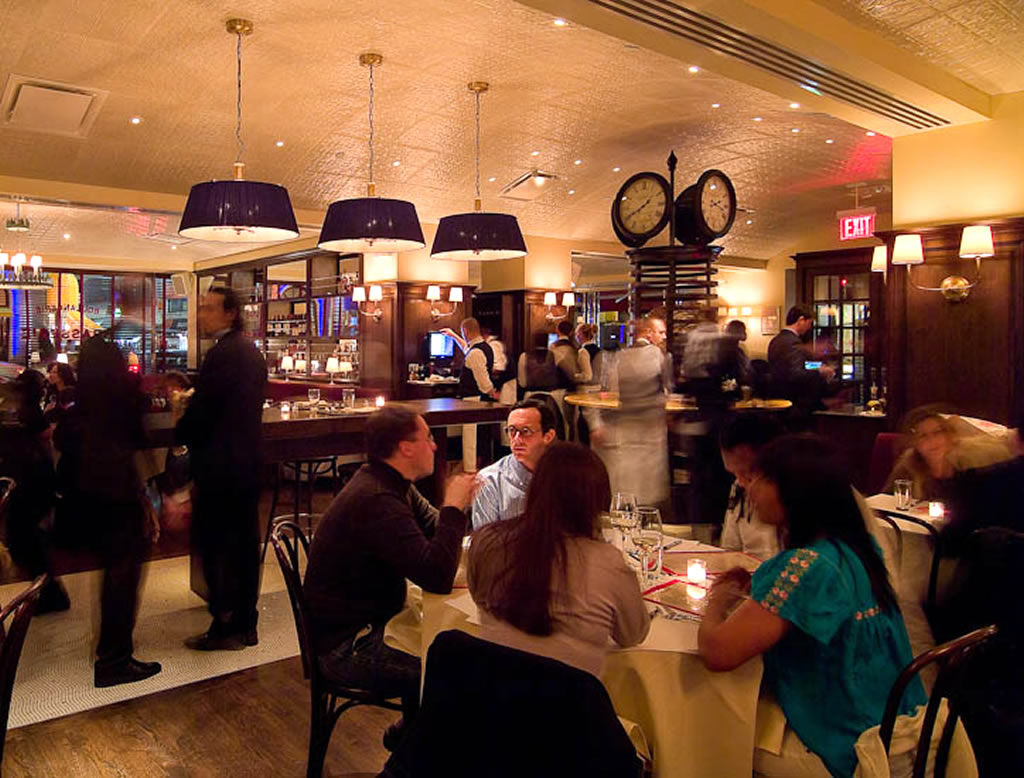 After years of grabbing and going, ordering delivery or eating at home, consumers are finally dining in at restaurants more

According to the latest research from The NPD Group, dine-in, or on-premises, visits to restaurants grew 2 percent in 2014, in addition to 1-percent growth in 2013. Meanwhile, takeout, or off-premises, traffic declined 1 percent for each of the last two years. The new research was presented at NPD’s Foodservice Summit 2015 Get Growing Again—Inspiring Consumer Visits, held in Chicago on April 15.

Although the growth in dine-in traffic is small, the opportunity for restaurants is huge, officials at Port Washington, N.Y.-based NPD said.

Takeout has been the growth driver for years,” NPD analyst Bonnie Riggs said. “To see dine-in grow, it’s quite a turn.”

“We want to get more of that dine-in business. It’s more profitable,” Riggs said. “When you dine in the restaurant sales are much higher, you order more items.”

Quick-service restaurants experienced the largest growth in dine-in traffic, increasing dine-in visits by 5 percent in the year ended December 2014. Dine-in visits at casual-dining restaurants have been holding steady for the last year following years of decline.

No matter the segment, Riggs said the improved economy is driving consumers to dine in more.

“We want to be out and about,” Riggs said. “That’s not just young people.”

According to NPD’s Foodservice Summit Dine-in Study, consumers of all ages are eating out to get out. For some consumers, dining in is a chance to get out and be social. For others, it’s a chance to spend time with family. Younger consumers want the convenience of avoiding meal cleanup, while those over 50 seek the pleasantries of eating away from home, including not being rushed.

Of all the segments, consumers surveyed ranked casual-dining restaurants strongest when it comes to meeting the dine-in demands of good tasting food, good service and convenience.

While there’s a big opportunity for growth in dine-in traffic in casual dining, operators’ responses to consumers’ new dine-in needs has been varied, ranging from some brands that have made minor menu tweaks or begun offering a heavy rotation of combo deals, to others that have completely evolved the restaurant experience.

*Abridged from an article by Fern Glazer, nrnews.com