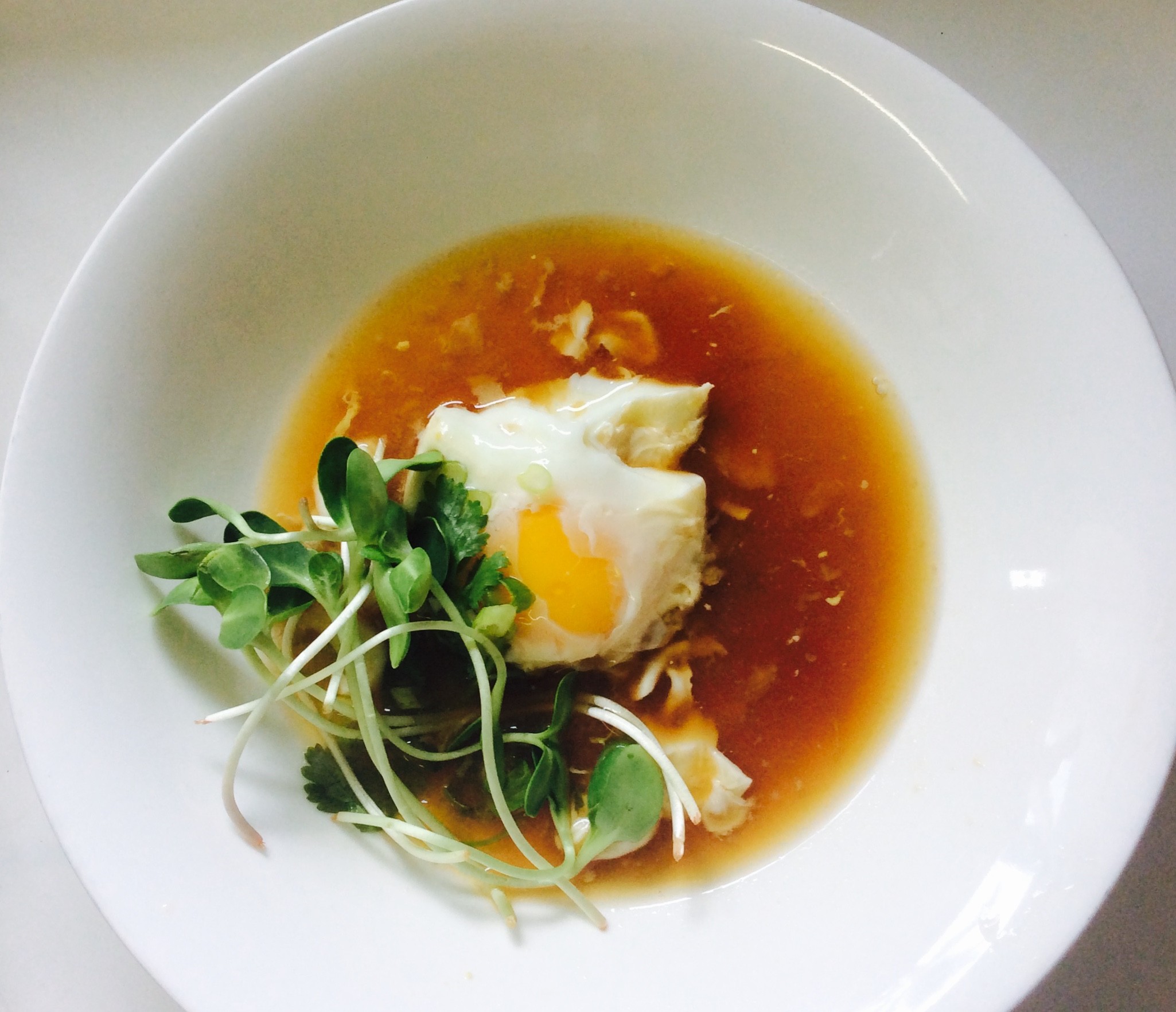 Broth is part of the real foods, whole foods and slow foods movements, and also of nose-to-tail eating.

There’s nothing new about bone broth except for its newfound fame. The trendy beverage has been considered a warming, satisfying food around the world for centuries, from chicken soup embellished with matzo balls to Korean ox bone soup, but it is gaining momentum with a health-conscious crowd that puts the meaty elixir on par with coconut water and green juice.

“This is essentially grandma’s remedy for everything — from a broken heart to a broken bone,” said Katherine Harvey, co-founder of Bare Bones Broth, Medford, Ore.

Analogous to soup stock, bone broths are made from roasted animal bones that are simmered for extended periods, from about 12 to 48 hours, with the goal of extracting the nutrients, minerals, gelatin, collagen and amino acids. What was once considered just a base for stews, soups and gravies has become the drink of 2015, now widely viewed as a healing, nutritional champion.

“Broth is part of the real foods, whole foods and slow foods movements, and also of nose-to-tail eating,” said Kaayla T. Daniel, co-author with Sally Fallon Morell of “Nourishing Broth: An Old-Fashioned Remedy for the Modern World.” “Science supports chicken soup’s reputation as Jewish Penicillin and healers have known for thousands of years that it can help us recover from colds, flu and other acute illnesses.”

Less well known, she asserted, is that cartilage and other components found in homemade bone broth may help prevent and even reverse a range of chronic illnesses. Such beliefs, many of which are not yet supported by the medical establishment, are the foundation for bone broth’s renewed reputation as liquid gold that is a cure all for ailments, including gut wellness and joint health.

Though nutritionists don’t agree about the many health claims surrounding broth, many in the food industry agree this is more than a passing fad as consumers look to the past for answers to today’s health issues. As one of the few manufacturers of broth that’s shipped direct to consumers, the co-founders at Bare Bones Broth quickly realized there was a consumer desire for traditional sipping broths, as they are called.

Soon after Chef Marco Canora opened Brodo (Italian for broth) in New York City last year to much fanfare, Bare Bones was ushered into a period of steep growth, outgrowing their manufacturing plant and experiencing a 1,600% increase in sales in just over six months, Ms. Harvey said.

Fresh Thymes Eatery in Boulder has added a broth bar. Others, like JoLa Café in Portland, Ore., and the Belcampo Meat Co. butcher shop in San Francisco, are now serving freshly made broths by the cup to customers wanting in on the trend that’s turned soup stock into a daily staple for some.

“While coffee and tea will always be king and queen of savory hot beverages, the market has a thirst for something new and interesting,” said Gerrie Bouchard, marketing manager for Eatem Foods Co., Vineland, N.J.

The manufacturer of flavor systems debuted new chicken, beef and pork bone stock concentrates at the Research Chefs Association’s annual convention and tradeshow held in late March in New Orleans, served as sipping broths in which herbs, vegetables and spices were added to create French, Thai and Latin-flavored savory “teas.”

Ms. Bouchard said the trend has staying power in part because the rich, satiating profile is highly craveable.

“The health aspect is an added bonus as people are becoming more and more cautious about their health and wellness,” she said.

“As a bone broth, we didn’t attempt to make this product different from other sipping bone broths, as we wanted to keep it as true to traditional recipes as possible,” said Ben Hummel, brand manager for Pacific Foods.

However, compared to other commercial products Pacific’s features far more protein than traditional broths, roughly 9 grams compared to the average 1 to 2 grams, and the large size has no added salt.

Mr. Hummel said the response from bone broth-loving customers has been nothing short of outstanding.

“We’ve witnessed some consumers literally clear out shelves of our bone broth in grocery stores, and the sales to date have far exceeded expectation.”

*Abridged from an article by Anna Klainbaum, Food Business News