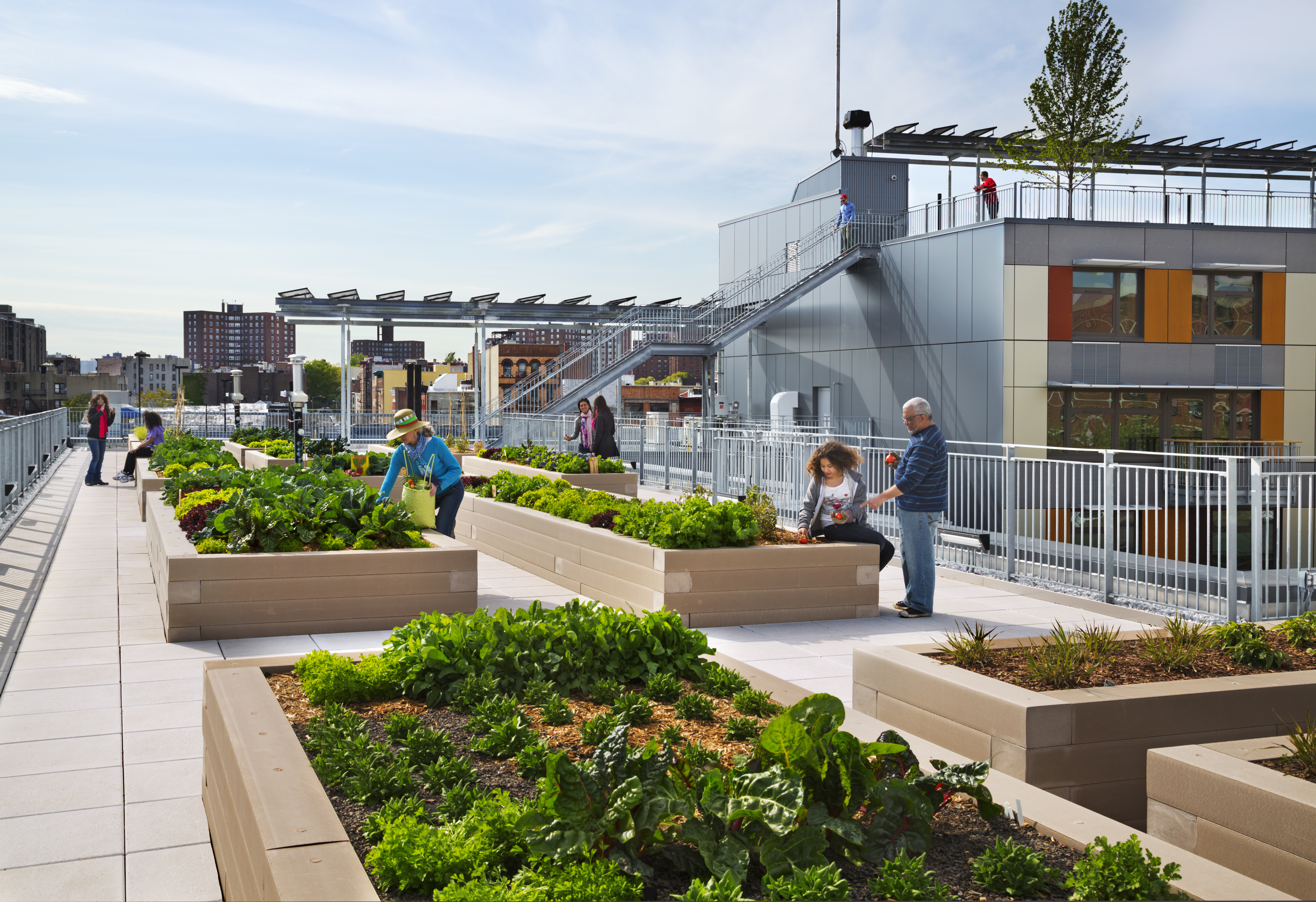 “There are lots of benefits to having a green roof—the short-term benefit is having a usable amenity space,” says Steven Peck, president of Green Roofs for Healthy Cities.

A growing number of cities are paying multifamily building owners to add green roofs to their buildings. That’s helping to motivate more owners to plant their rooftops.

Adding an extensive green roof that covers most of a building’s roof space adds between $10.30 and $12.50 per sq. ft. to the cost of the roof, compared to a conventional, black roof, according to a study by the U.S. General Services Administration. Annual maintenance for a green roof is typically higher than for a black roof, by $0.21 to $0.31 per sq. ft. Of course, those costs are for the most basic green roofs. Apartment developers can spend millions to create and maintain rooftops gardens for their residents, with plants ranging from trees to roses.

Some cities offer cash incentives to help owners pay for green roofs. In Washington, D.C., owners can get a rebate of the cost to put a green roof on their buildings, though the District of Columbia Department of the Environment’s green roof rebate program. The rebates start at $10 per sq. ft. of green roof, rising to $15 per sq. ft. in targeted sub-watershed areas.

The word “sub-watershed” is an important clue to the city’s motivation to pay for green roofs. Older cities like Washington, D.C., often have sewer systems that combine water from rainstorms with waste. During large rainstorms, the systems often overflow, effectively poisoning rivers and streams. The federal Environmental Protection Agency has ordered cities solve this problem, but it’s not easy. Chicago has spent over $3 billion starting in 1970 dig a series of massive underground reservoirs to keep toxic waters from flowing into Lake Michigan. The latest phase of the Chicago Deep Tunnel Project is now expected to be complete in 2029.

Infrastructure like green roofs can help by slowing rain water as it races from rooftops to sidewalks to storm drains. That gives a city’s water treatment systems time to handle the water from storms and prevents flooding.

Washington, D.C., is the number one city for green roof installations according to the 2014 Green Roof Industry Survey, from Green Roofs for Healthy Cities, the green roof and green wall industry association.

Toronto, Philadelphia, Chicago, New York City, Denver, Baltimore, Montreal, Seattle and Boston rounded out the top 10 cities when it comes to the number of green roofs. Not surprisingly, many of those are older cities with aging storm water systems that are prone to flooding, and therefore offer generous local incentive programs for green roofs.