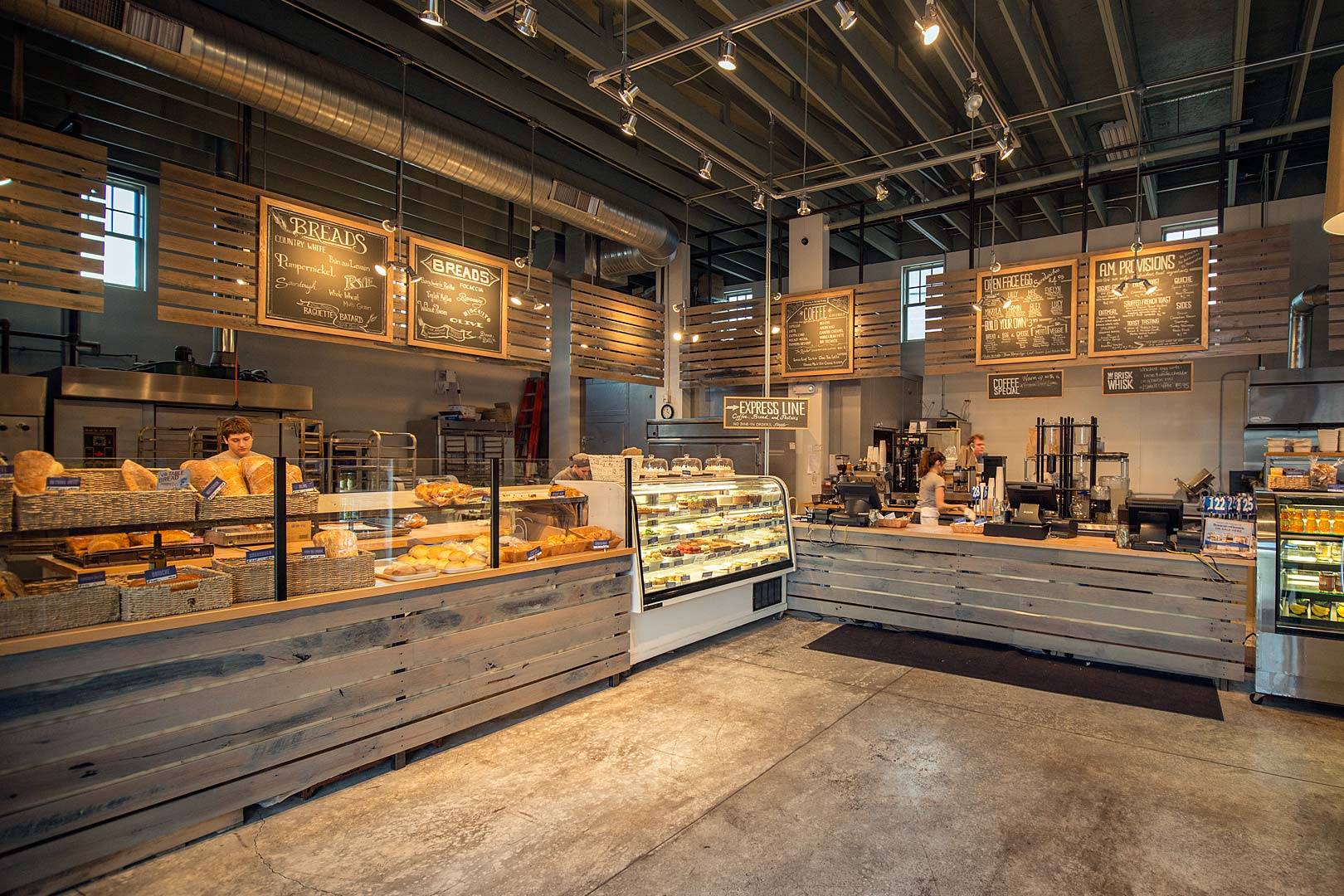 Consumers gravitate toward breads that evoke a sense of freshness, that seem premium or are ethnically inspired

With many Americans now avoiding gluten, and a growing number of people eschewing most carbohydrates as they follow the paleo diet, bread is less of a meal staple and more of an indulgence. Consumers are also more sophisticated and discriminating, so when they do decide to have bread, they want it to be something special.

Variety and choices are also important, observed Mark Mears, chief marketing officer of Schlotzsky’s Franchise LLC, which continues to expand beyond its classic sourdough bread to offer other varieties as well.

“Bread is the undisputed foundation of every great sandwich,” Mears said. “Guests are more discriminating than ever before. They know more about food and want to explore new flavor options.”

Apart from adding gluten-free rolls to the menu, Schlotzsky’s has added ciabatta, which Mears said is more suitable than sourdough for cold sandwiches, and thus appeals to some customers who order catering.

The 337-unit Schlotzsky’s, a subsidiary of Focus Brands, also is experimenting with focaccia, flatbreads and pretzel rolls which have enjoyed a rise in popularity in recent years.

Here’s a look at how restaurants are incorporating pretzel breads and four other fast-growing bread types onto menus:

Other than the catchall term “artisan,” “pretzel” is a fast growing bread descriptor on menus. Pretzel bread not only has an ethnic heritage that appeals to diners; it also has a nice combination of salty flavor offset by mild sweetness that can work across proteins.

Pretzels are traditionally dipped in a lye solution that causes the outside to brown deeply and more quickly while leaving the inside soft, moist and chewy.

The appeal of ethnic fare also appears to be at the core of the recent growth of telera rolls, the soft, thick carrier for Mexican sandwiches called tortas. Telera rolls are on 245 percent more menus now compared with four years ago — the fastest growing bread in that time period — and 17 percent more menus in the past year, according to Datassential.

Chef Torano of CBD Provisions in Dallas says telera rolls classify as comfort food among Dallas’ large Mexican-American population.“Telera rolls are used here a lot in Dallas because of the demographic,” he said. “It’s very simple to create, but on top of that I think everyone is looking for something they grew up with, something that’s easily approachable and recognizable, and telera is one of the prime examples of that.”

The straightforward roll is made simply with flour, yeast, water and a little sugar and salt, although Torano adds some shortening to his for a softer crust.“It’s great on the griddle, too,” he said.

Los Angeles-based La Brea Bakery has seen so much demand for its telera rolls that it recently introduced a miniature one-ounce version.

Datassential’s Mann said other ethnic breads, from bao buns to Indian breads such as roti and naan, are being used to add slightly exotic character to familiar foods.

“Consumers can’t eat two things they don’t know, but pairing something unfamiliar with something familiar grounds it,” she said.

Conversely, she said some restaurants take familiar breads, like pizza dough, and top them with “all types of crazy ingredients,” whether it’s cheeses or veggies or sauces.

When it comes to premium bread, brioche rules the roost.

This rich, buttery egg bread from France is sprouting up with increasing frequency as a burger bun. But it’s traditionally a breakfast bread in France, according to Lionel Vatinet, chef of La Farm Bakery in Cary, N.C.

He said that although he used to only make this bread — which typically has a minimum butter-to-flour ratio of 50 percent — on special occasions, demand is now so high that he keeps it on the menu regularly.

Doug Taylor, the new corporate pastry chef of three-unit Salty’s Waterfront Seafood Grills, with locations in the Seattle area and in Portland, Ore., said he was hired in part so the restaurants could start baking its own bread.

Taylor said that although brioche is expensive to make because of the high butter content, it’s relatively easy to make and also easy to switch up its flavors. Most bread develops its flavor through slowly rising and fermenting, Taylor explained. But brioche is flavored directly by the fat, and since many flavor components are fat-soluble, brioche absorbs them easily.

Vatinet of La Farm normally flavors his with lemon zest, although for Mother’s Day he also adds dark chocolate and white chocolate. For savory brioche, he often adds thyme, rosemary or puréed garlic.

Relatively new to the trendy bread scene is the Middle Eastern flatbread lavash, which was on 20 percent more menus at the end of 2014 than at the beginning of the year, based on Datassential figures.

Although the term can refer to a variety of different breads, including soft, pliable ones, the type that seems to be catching on is more cracker-like.

Lavash was one of the first bread types Taylor began baking for Salty’s, along with brioche and multiseed, because it can be adapted easily.

“It’s an easy thing to change flavors,” he said. “You roll the dough out paper thin, which gives you a high yield. You can put sesame seed on one, peppers on another, different kinds of salt, poppy seeds [and] mustard seed,” he said. He bakes it in a 24-inch by 12-inch baking pan and then tears it into shards.

CBD Provisions’ Torano also makes lavash, but said that rolling it out is an arduous, labor-intensive process. Instead of including it in the restaurant’s tableside bread offerings, he has relegated it to his charcuterie board.

Rebecca Isbell, pastry chef of Betony in New York City, puts a fusion-style twist on the item, with her pretzel lavash.

“I wanted to give our guests something super delicious — crunchy, salty, kind of sweet and a little bitter, and earthy from a quick spray of lye,” she said.

She uses regular pretzel dough, lets it rise until it doubles in size, then rolls it out on sheet trays flipped upside down. She lets it proof until it triples in size, stretches it paper thin, allows it to dry a bit and sprays it with a 4-percent lye solution. She sprinkles it with fleur de sel and bakes it at 325 degrees Fahrenheit until it’s golden brown and crispy.

“They are pretty epic,” she said.

Walnut bread is spreading fast, too: Its menu presence has risen 92 percent in the past four years, according to Datassential.

Part of that spread might be due to the growing popularity of cheese and charcuterie boards. That’s where Florian Wehrli, chef of Triomphe at the Iroquois hotel in New York City, uses it. Triomphe makes a dense rye bread studded with walnuts.

He makes a dense rye bread from the Swiss canton of Valais, for which he uses his own starter and no other yeast. He uses 100-percent rye flour with no wheat added. He kneads it briefly and then adds walnut halves, forms it into loaves and bakes it. He serves it thinly sliced.

“I like it with a little plain butter on top, but with cheese or some charcuterie, with some fat content on top, it’s also good. In Switzerland, we have a lot of good cheese, so it’s perfect.”

Rabii Saber, executive pastry chef of the Four Seasons Resort Orlando in Orlando, Fla., makes a cranberry-walnut bread for his cheese plates. He makes dense bread out of whole-wheat flour and cracked oats, sweetened with a little honey. “It’s a very rustic, country-style loaf of bread,” he said.

“Walnuts are a little bit different than other nuts because they have a little more fat content, so when you mix them in the dough they give it a rich flavor,” Saber said. Like most chefs who add fruit or nuts to their dough, Saber adds the walnuts and cranberries after the bread has risen, so it doesn’t affect the bread’s development.