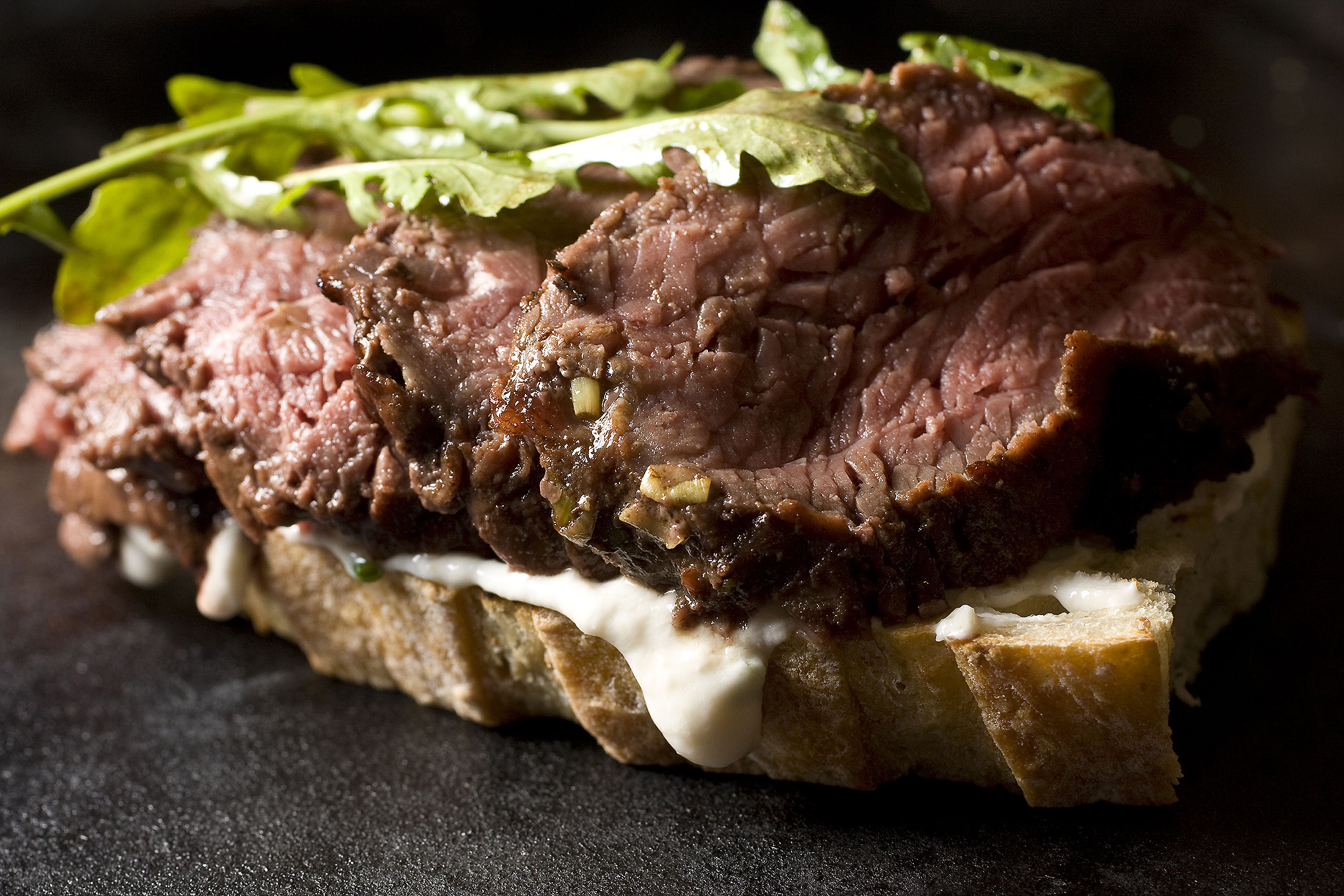 The growing appetite for bison is part of a wider trend toward organic foods, a small but expanding part of the food industry

At $47, the bison filet at Eddie Merlot’s steakhouse is just as expensive as the New York strip steak. It’s also half the size. The grass-fed meat has fewer calories, less cholesterol or fat than beef, and consumers can’t seem to get enough.

Restaurants are raising prices while the meat — once a niche item — is now stocked by retailers including Whole Foods Market Inc., The Kroger Co. and Costco Wholesale Corp. The growing appetite for bison is part of a wider trend toward organic foods, a small but expanding part of the food industry. Aside from the perceived health benefits, demand for such meat signals a rejection of factory-farming methods that account for most protein eaten in the U.S.

“The consumer today doesn’t trust the food industry,” said Roger Gerber, chief executive officer of Blackwing Quality Meats, a U.S. distributor of bison meat. “They can feel comfortable to know it doesn’t have hormones, it doesn’t have antibiotics.” Dining on bison isn’t entirely new. Cable News Network founder Ted Turner, owner of the world’s largest private herd, opened the first of a series of restaurants in 2002 to serve dishes such as bison short ribs and bison meatloaf.

Bison are considered a conservation success story. There are more than 500,000 in North America, according to Colorado processor Great Range Brand Bison, following the efforts of private ranchers. They were almost hunted to extinction in late 1800s, their numbers dwindling to less than 1,000. By the 1970s, the increase in herd size meant they started to be sold for meat.

What prompted Eddie Merlot’s to introduce bison five years ago was demand for healthier options, particularly from women, said Geoffrey Stiles, president of the Fort Wayne, Indiana-based restaurant chain. Its 6-ounce (170-gram) filet, for example, has fewer than 200 calories. Bison has one-third less fat than beef and the animals are raised without steroids or chemical residue, according to the Canadian Bison Association.

The animals spend most of their time grazing on forage. Low in total fat, saturated fat, sodium and dietary cholesterol bison is the right choice when looking for a healthy red meat to serve.

While prices have almost doubled in the last five years, consumer demand hasn’t waned because the cost of other forms of protein — notably pork and beef — has also surged, said Tom Riemann, president of the North American Bison Cooperative, a North Dakota-based processor. “People have kind of gotten used to the prices and are willing to pay a little bit more,” Dave Carter, executive director of the Westminster, Colorado-based National Bison Association, said in an interview.

That’s just as well, because by any reasonable measure, bison is expensive. Ribeye bison steaks rose 17 percent to an average of $31.76 a pound in August compared with a month earlier, more than three times the retail price of a boneless beef ribeye, U.S. government data show. In contrast, cattle futures are down 11 percent this year in Chicago. To keep up with bison inflation, Eddie Merlot’s is raising menu prices as much as 3 percent a year. A life on the prairie has its risks, and the drought conditions that have crimped U.S. cattle supply also affected bison. Ranchers in the U.S., collectively the world’s largest source of bison meat, held 162,110 head in 2012, down 18 percent from 2007, according to the most recent data from the U.S. Department of Agriculture.

U.S. imports of boneless bison meat from Canada have doubled in the past year, USDA figures also show.

But in Canada, too, availability has been constrained, with dry conditions in Alberta and a decline in the number of ranchers, according to the National Bison Association.

Supplies will probably remain tight until 2017, because it can take five years to increase herd sizes, according to Carter. Still, that supply response is already stirring. Ken Overby, a 61-year-old rancher in Manitoba, is considering expanding production after prices increased.
“All indicators are that this will probably continue for a while,” Overby said in an interview.

*Abridged from an article by Jen Skerritt, Blomberg.com