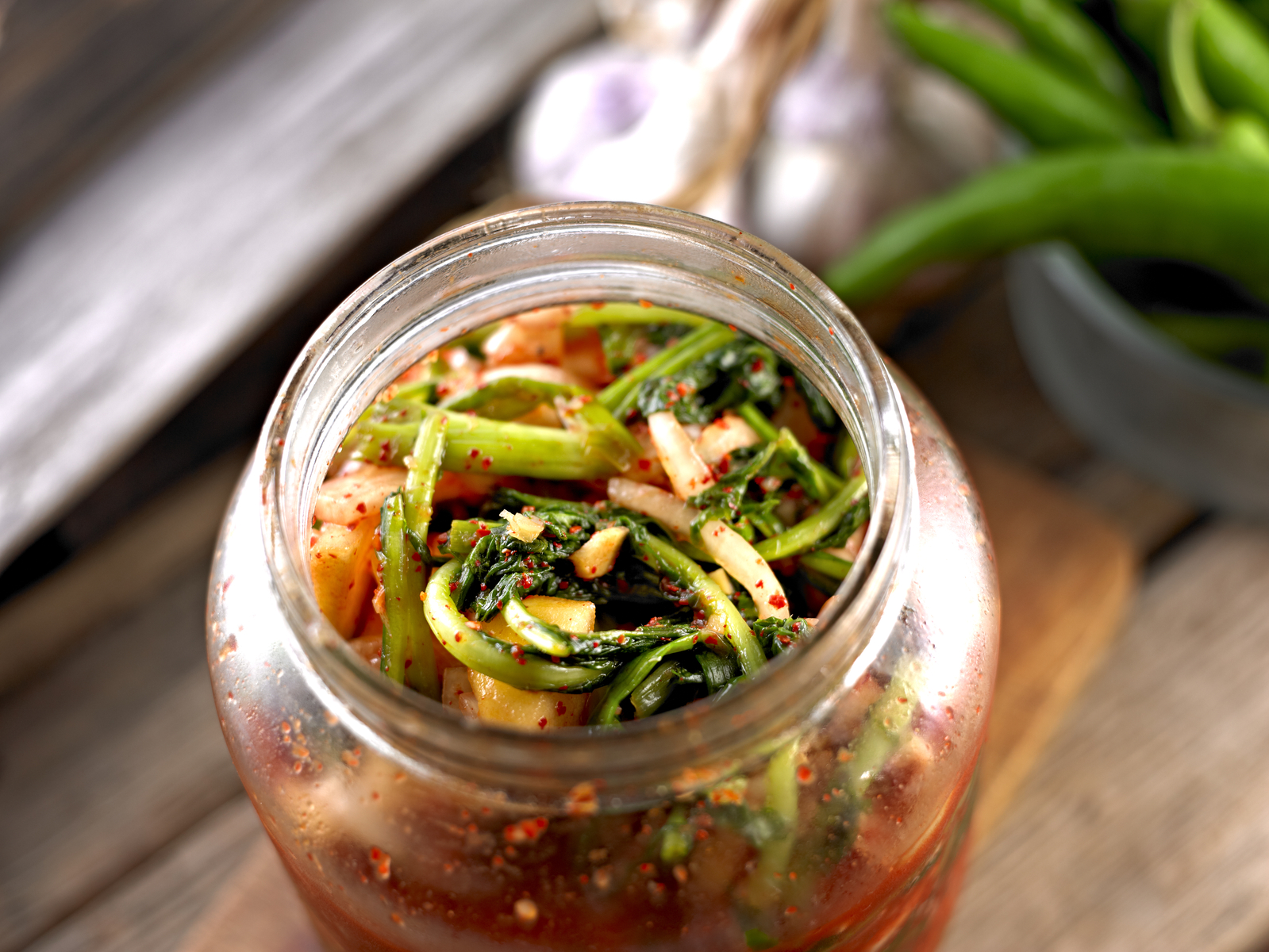 There’s an explosion of interest in friendly bacteria.

Beneficial microorganisms, can help us digest food, make vitamins, and protect us against harmful pathogens.

As this idea gains traction, so too does the popularity of fermented foods such as yogurt, sauerkraut and kimchi.

Though the science is tricky, researchers are learning more about how this ancient technique for preserving food may also help promote good health.

For instance, the bacteria in yogurt have been shown to aid digestion, and making cabbage into sauerkraut by fermenting it “increases glucosinolate compounds believed to fight cancer,” explains a Tufts University Health & Nutrition publication.

“Cooks around the world have begun to discover (or, more accurately, to rediscover) the possibilities of using fermentation processes in the kitchen,” writes Arielle Johnson, a flavor chemist, in an article titled “Artisanal Food Microbiology” published in Nature Microbiology this spring.

Johnson works for MAD, a nonprofit food organization based in Copenhagen that was founded by Rene Redzepi, the chef-patron of the acclaimed restaurant Noma.

Fermentation, she explains, is loosely defined as the transformation of food by microorganisms.”When you ferment something, you create flavour,” Johnson writes.

From soy sauces to vinegars, breads, cheeses, and, of course, wines and beers, “fermentation processes are key to elaborate well-known delicacies,” Johnson says.
Food is biologically transformed by the bacteria and other microorganisms that live in or on it. “In general, a pool of larger-molecular-weight, and usually less flavor-active molecules …. are transformed into a more diverse group of tastier, smaller molecules, such as amino acids, organic acids, esters … and aromatic compounds,” Johnson explains.

As more chefs experiment with microorganisms “to transform ingredients and create new flavors,” fermentation has gone from preservation technique to culinary tool — one that’s “every bit as essential as a paring knife or frying pan,” Johnson argues.

In addition to the innovations at Noma in Copenhagen, Johnson points to kitchens around the world, such as Sean Brock’s restaurant Husk in Charleston, S.C., Momofuku in New York, and Bar Tartine in San Francisco, that are experimenting with these techniques.

During aging a number of chemical processes transform humble ingredients. For instance, black garlic picks up caramel notes during browning. Hints of dried fruit come out. Also, natural microbes on the garlic bulb can ferment, creating more distinct flavors.
“I’m a huge fan of black garlic,” chef Dan Barber of Blue Hill. “We serve it with vegetables mostly.” Barber says he’s made his own, but he also imports black garlic from Japan, where they’re marketed under the name Fruit Garlic of Japan. It’s “insanely good,” Barber says.

So, as chefs catch the bug, academics are elevating fermentation to a higher level, too. For instance, there’s now a fermentation certificate program at the University of Wisconsin-Milwaukee.

And, at the Culinary Institute of American in Hyde Park, N.Y., there’s a new focus on the fermented product that has perhaps the widest appeal in our culture: beer. The school now offers an elective course, the art and science of brewing, taught in the newly built brewery on campus.

Students are taught the basics of brewing, with a focus on science. “I would say the most exciting development has been the ready use of wild yeast and bacteria in beer fermentation,” says Hutch Kugeman, head brewer at the CIA.

Using wild yeast and bacteria “allows a range of really interesting flavors in beers, from the tart lemon of lactobacillus to the funky barnyard aromas of brettanomyces,” Kugeman says.

So it seems from chefs to brewers, foodies are turning to microorganisms to amp up flavor.

* Abridged from an article by Allison Aubrey, NPR Food