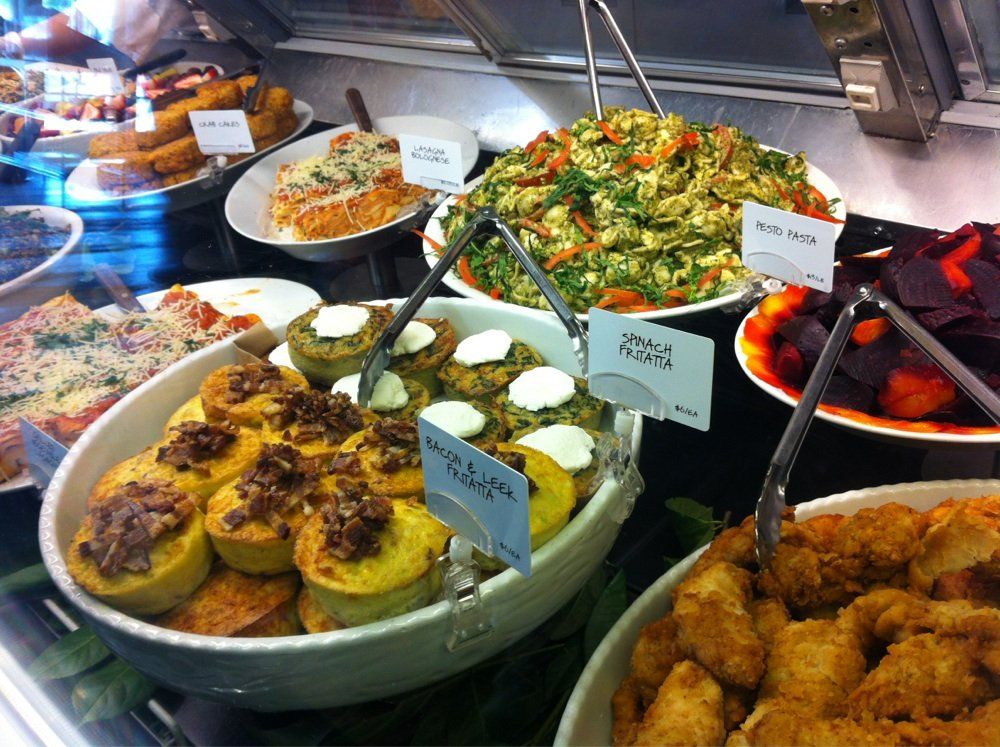 Traditional competitors have been moving into each other’s territory, and are using many of the same methods

Whole Foods, the Austin, Texas-based grocery store chain, has for years been taking share from restaurants by offering unique stations where customers can get freshly made pasta, wood-fired pizza or cocktails.

But some restaurants have also been shifting into retail categories. At an NRA Show session this month on the convergence of restaurants and retail, Tim McEnery, founder and CEO of Cooper’s Hawk Winery & Restaurants, noted that the chain has been working to offer more retail space at its locations. There, it can sell the wines the company produces, as well as food products and other items that pair well with wine.

“We’ve worked hard to bring the retail experience to the forefront,” McEnery said, but noted that it is challenging. His restaurants have a slow sales ramp-up, and are thus built smaller, for those early, lean years. “We’re trying to be more efficient with our space.”

Both restaurants and retail concepts are evolving with today’s consumers, shifting toward more local ingredients and open kitchens where guests can see their food being prepared.

This is particularly true at airports, where foodservice providers like HMSHost bid on contracts to serve food in limited spaces to a captive audience. Increasingly, airport specifications are calling for more local brands and products, said Roy Wunderlich, vice president of design and construction for the company.

HMS, for instance, operates a version of The Larder at Tavern at Los Angeles International Airport. More of its locations are bringing food forward, and have open kitchens so airport guests can see the food being prepared — an increasingly important option for customers.

“Gone are the days of the sports bars in airports,” Wunderlich said. “We’ve made a concerted effort to change our design.”

There are strong reasons for that change, he said. Women make 85 percent of consumer purchases and 80 percent of travel decisions, and spend $125 billion on travel. They also represent slightly more than half of all travelers.

“Our menus have healthy options and smaller portions,” Wunderlich said, adding that HMS has also worked hard on its children’s meals, and to make sure the lighting is better and that storefronts are larger and more open.

Having a local focus can be challenging, Wunderlich said, because consumers who are traveling feel more comfortable with brands they know rather than a local brand they’ve never heard of.

Technology can also help brands improve the customer experience. Whole Foods is starting to use self-serve kiosks, where customers can order pizza or tacos, then shop and have the food ready when they’re done, said Christine Sturch, Midwest senior interior design and branding coordinator for the company.

Wunderlich noted that HMS is developing a smartphone app that would enable fliers to order food while still on the plane, en route to the gate, so they can quickly grab a meal while rushing to a connecting flight. It also has an app that will enable customers to order food from the gate and have it brought to them.

Regardless of these innovations, operational excellence remains important, and McEnery noted that Cooper’s Hawk spends no money on marketing, choosing instead to devote its resources to training and other elements that improve operations.

“Casual dining isn’t dead,” said McEnery, whose restaurant operates in the upscale-casual space. “Just casual-dining brands have not been able to keep up with changing customers.”

This is especially true nowadays, given the competitiveness of the market, especially with restaurants and retailers increasingly vying for the same customers.

“It’s so wicked competitive right now,” McEnery said. “You can go to the airport now and get awesome food. Everybody has to step up their game. To play in this space, you have to hit it out of the park.”